To step into the world of Shakespeare’s Hamlet is equivalent to entering the court museum of collective depression. On red cushions lie famous quotes like fine relics of cannonical theater. Mantras that we still doubt. And admire. Very fine making. Content: dreams and bones. Both dug up from graves. Dug up from skulls. Whose? Museum visitors must hold on to their heads firmly, not to have them fly away. Hamlet is still dangerous. Heads fly because persistently, after centuries and centuries of ruling political dementia, citizens still want to try the model of rebellion. The only problem is that no Mousetrap, not even Shakespeare’s, has proved efficient enough.

Claudius remains the manager of massacre. However, Mousetrap or art, says Beuys, must be the science of freedom. Freedom is a thing not obtained by entering a museum. Freedom needs to be invented every day.

Museums need to be given back to the Muses.

Giving thanks to our colleague Hamlet for a whole array of physical and philosophical peripeties he left us in his legacy.

Who gives life to whom? Is there any ethics in this first (posthumous) aid? Is there burlesque? What in fact do we exchange with these characters/spectres? 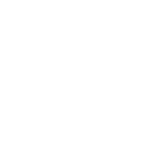